Watch this video to see how Isagenix ensures its products are safe, and what “no-compromise” means in terms of quality and results! Maybe you’re curious to know if our products have to meet FDA guidelines. We understand! 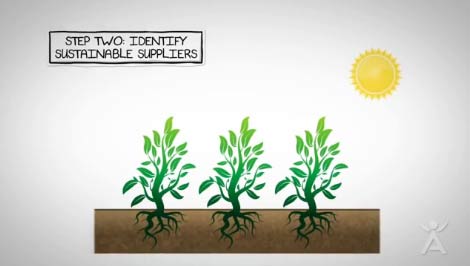 Time and time again we are asked the very same questions. After all, it’s only natural to want to learn more about your favorite products. Instead of writing a lengthy article explaining our rigorous testing and thorough protocols, which could be confusing if you’re not a scientist, we created a short, fun video narrated by Isagenix Chief Science Officer, Dr. Suk Cho.

Isagenix spends hundreds of thousands of dollars in testing of their raw materials and finished goods.

Step 1 – Scientists source and select the very best raw materials under the guidance of Master Formulator John Anderson, the Scientific Advisory Board and respected universities like the University of Chicago. More than 35 scientists review scientific literature to find great ingredients that are safe and support health.

Step 2 – Isagenix identifies sustainable suppliers that produce fresh ingredients that are grown and produced by nature and meat standards for effectiveness.

Step 4. All ingredients must meet or exceed cGMP or guidelines from the FDA and other international guidelines or regulatory agencies like Health Canada. To guarantee the raw materials and finished product is safe and free of impurities.

Step 5 While in quarantine raw materials are tested for identity, purity (no microbial activity, pesticides or heavy metals). Strength to insure potency. And organoleptic properties like taste, color, odor and texture.

Step 6 – After undergoing analytical and sensory testing formulas are sent to commercial production.

Step 7. Isagenix over- sees finished product quality and compliance. This involves supervision of testing methods.used by manufacturing.
Evaluation of identity, purity, strength and composition of the final product.
Oversees independent 3rd party testing to make sure what’s on the label is in the product.
And stability testing to ensure the quality of product can sustain an extended shelf life.

Step 8. Isagenix products are ready to be shared around the world.
When it comes to safety and purity there is no compromise with IsaGenix Products.

Product B Telomeres Support by Isagenix is nominated for the World’s first supplement of the year award.

This is the first time where such an announcement has been made in the health & wellness industry. The new anti-aging science regarding Telomeres, won the the Noble Prize in Medicine, has made Isagenix’s new Product B, the most advanced supplement known to mankind in this day and age. With the telomere science quickly evolving, it is no surprise that this is the year that the world has decided to vote on a “The World’s Supplement of the Year Award”.

Isagenix has more patents than any company worldwide in the telomere research and development field. Product B is leading the way in anti-aging telomere science.

ALIVE New York will be global live streaming in over 50 countries with speakers such as David Wolfe, Dr. Robert Young author of “The pH Miracle”, Brendan Brazier, Founder of Vega, and more. It is estimated that the audience of ALIVE New York will potentially surpass 30 million viewers through the live stream.

There is also talk that the Isagenix formulators of Product B, Dr. John Anderson and DNA Telomere Research Dr.Bill Andrews will also be there to explain at this pay per view event the telomere roll behind aging and why it is having such a huge impact recently in the anti-aging & wellness industries.

With this science, the researches have found a way to stop and reverse the aging process in rats so far. Since it’s release in April of 2011, Product B by Isagenix consumers are making bold statements regarding how more vibrant and healthy they feel just after a month’s of use. Reports of amazing energy and mental clarity have also been noticed almost instantly. Research on the results is currently underway.
Today Show with Dr. Bill Andrews Telomeres and Telomerase Anti-Aging Support – Click Here!

This short video details a number of great stories about the results people are already getting with IsaGenix Product B Telomeres Support product. People are already reporting more energy and less sluggish. Those that exercise are reporting they are running faster and longer, while feeling less tired. 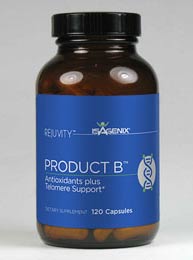 And these people have been taking the product in most cases for less than 60 days. I can only imagine what results people will be getting after 4 months, 6 months a year and even more.

I’ve been very involved with health and nutrition products for over 16 years and this is by far the most exciting health product I’ve seen during that time.

The August issue of Popular Science magazine has a feature article about Dr. Bill Andrews, entitled “The Man Who Would Stop Time.” Below is the cover of that article. 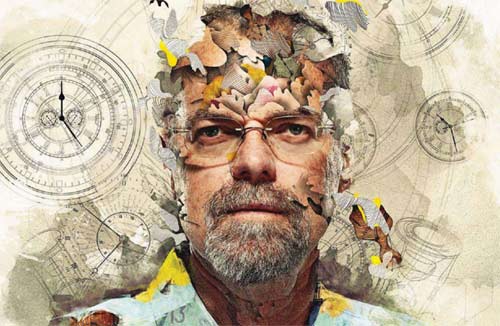 This article covers Dr. Andrews search for the answer to aging.  It also discusses his working relationship with IsaGenix and its master formulator John Anderson. It discusses them working together to develop this new Product B Telomeres support product due out in August (about 1 month from now.)

The article also discusses a history lesson concerning aging plus a look at the research going into Telomeres research.

World Renown Aging Researcher Dr Bill Andrews has teamed with John Anderson of IsaGenix. They are working on a Telomerase Enzyme inducer scheduled for a preliminary release in June and a full release in August 2011. 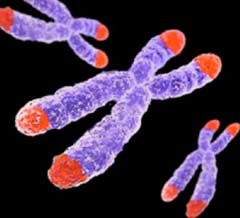 A new study on mice published in Scientific American has added validation to research that is being performed by Bill Andrews, Ph.D., who has partnered with Isagenix Founder John Anderson to “turn back the clock” on aging.

Their approach is to screen thousands of natural product compounds a week to turn on the enzyme, telomerase, in cells to protect telomere length and reverse its loss.

Telomeres are protective sequences of repetitive non-coding DNA segments found at the end of chromosomes. In recent years, telomere length has been hypothesized to be the closest way to measure lifespan in humans. 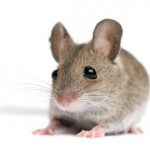 In this latest study, Harvard Medical School researchers found that mice lacking telomerase aged much more rapidly, and died earlier, as an abundance of critically short telomeres developed. But when the enzyme was reawakened in the mice, age-related symptoms disappeared and rejuvenation was seen in several organs including their brains.

The study, which was led by geneticist Dr. Ronald Depinho, presents a strong case for advancing research for turning on telomerase in humans as a  potential anti-aging therapy.

In addition, Dr. Depinho explained that the study helps put concerns to rest that turning on telomerase was potentially cancerous.

Dr. Andrews adds, “This study is really just another nail in the coffin for the idea that telomerase induction would lead to cancer. Even as early as 2002, a review of 86 publications showed that telomerase is not a carcinogen or oncogene.”

In fact, telomerase stimulation is far from harmful, and in fact, has the potential to bring a new paradigm to what it means to age gracefully and achieve a healthier, longer life.

“Just as telomerase activation reversed degeneration in the organs of these mice, we expect that it can do the same for humans,” said Dr. Andrews. “Telomerase activation technology promises to be the most significant advance in human health since germ theory.”

Anderson said, “What we’re doing is going to change the world, but it shouldn’t be seen as a ‘holy grail,’ only another way of improving your health.” He explained that stimulation of telomerase should be used in conjunction with a healthy diet, optimal nutrition, nutritional cleansing, avoidance of toxic chemicals, and regular exercise.

Dr. Andrews and Anderson are launching a nutraceutical that will turn on telomerase exclusively through Isagenix in June with a full release in August 2011. 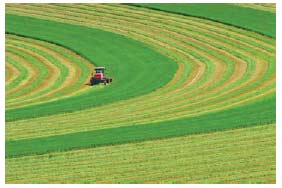 It’s Only Available in Isagenix® Products Ionic Alfalfa™ is a proprietary
technology combining plant source minerals and alfalfa juice extract to enhance and improve its bioavailability. Using no-compromise ingredients in this “spark plug” of life, these super-charged minerals provide the building blocks that support 95 percent of the body’s functions.
With more than 70 minerals and trace minerals sourced from the ancient and prehistoric beds of organic plant matter located within the Earth, this revolutionary product is so refined and complex, it’s unlike anything else out there.

So what does Ionic Alfalfa™ mean for you and your overall health and wellness?

“By processing the plant material, purifying it, and concentrating it, we now have the most unique and powerful Ionic mineral source known.”
–John Anderson, Isagenix® Founder and Master Formulator

Ionic Alfalfa™ can only be found in Isagenix® Products, so order your favorite IsaGenix products today and share the benefits of this revolutionary ingredient with your team and prospects!